The update of the Google Search algorithm, completed in January, is expected to be very significant. What to do to manage the SEO impact?

In a post on Search Engine Roundtable, Barry Schwartz called it “one of the most important Google algorithm updates in a long time.” And all SEO seismographs seem to confirm this. Here’s how SEMrush Sensor represents its magnitude:

Google announced the end of the update with a tweet from January 16 by Google SearchLiaison:

The first is that we are certainly talking about a “core update”, an update of Google’s algorithm with a considerable impact. This is not an unusual event. “Core” updates occur at least a couple of times a year. In 2019, for example, we had the so-called September 2019 Core Update, the effects of which were felt above all on the finance and health websites. A post by Rank Ranger talks about it in depth. Before that, there was the update in early June. All updates to Google’s algorithm of this entity are announced via Twitter by Google a few days or a few hours before the start of their propagation. In some cases, the communication process even starts a few months in advance. It was the case, in 2018, of the Speed Update .

The second point is that it is a global update, which impacts the results of searches all over the world and therefore also in the version of Google for the Italian market. Each time the effect is to determine changes in the SERP ranking, with award-winning sites and others that are penalized with respect to the ex-ante situation. The September 2019 Core Update, for example, has favored the positioning of our site, which has improved its performance evidently.

What to do if Google’s algorithm changes?

Before the update of Google’s algorithm determines its effects, you generally have to wait between two and four days. When there is confirmation of a significant update, it is necessary to verify what impacts it has produced not only on our positioning, but also on that of the main competitors. Google has prepared a page with a list of recommendations, to be followed during each core update.

The advice, in general, is to focus on the quality of the published content, asking the questions that should always guide SEO-oriented writing:

It could be argued that most of the criteria listed above cannot be controlled by Google’s algorithm. In reality this is only partially true. RankBrain and BERT go precisely in the direction of making the relationship between the user’s search and the semantic value of the content indexed by the search engine ever closer. In addition, the guidelines of Google’s quality rater provide an important compendium for the evaluation work done “manually.” These are aspects to which, in times of “fake news,” Google is giving increasing importance. 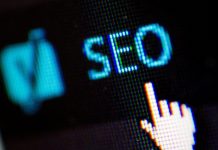 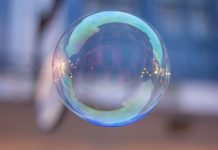 Microtargeting and fake news: in the bubble of online advertising